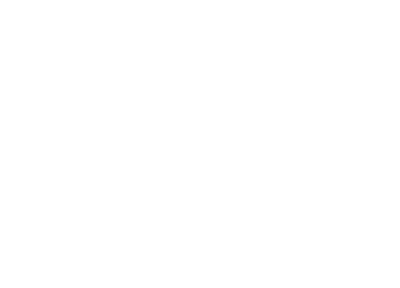 Richard and Elizabeth Albertson with their family.

During the past two decades, Richard and Elizabeth Albertson, through their highly effective ministry Live the Life, have helped well over one hundred thousand people with their marriages in their home state of Florida. Today, this ministry is still passionate about teaching couples relationship skills through its Florida headquarters in Tallahassee and five regional offices in Ft. Lauderdale, Jacksonville, Panama City, Sarasota/Bradenton, and West Palm Beach.

Their strategic goals to transform each of these communities are bold and simple:

They accomplished these goals by:

The results have been stunning. In 2018, two independent research evaluations were completed regarding the historic results being achieved in Jacksonville, Florida. They concluded that Live the Life, working in conjunction with their partners, including local churches, has had an exceptional impact on marital stability in Duval County, Florida. From 2015 to 2017, the divorce rate fell an astonishing 28 percent.

One of their most effective programs that helps heal, restore, and bring hope to shattered marriages is called “Hope Weekend.” For the past 15 years, Hope Weekends have saved approximately 85% of deeply troubled marriages. Hope Weekends are a personalized, intensive three-day experience that is far more effective than traditional counseling or group therapy.

So how did this couple achieve such amazing results? It all began at the tender age of five for Richard. When most kids are content just to play with their friends and have fun, Richard was planning to become President of the United States so that he could make a difference in the world. That lofty goal was not just a childhood dream that is soon forgotten, in fact, he served as president of his class from 7th through 11th grade and became president of student government his senior year. Richard took time off from college to work for 6 months on President Reagan’s re-election campaign in 1984, and in 1987 he was the first campaign staffer hired in Florida to work on George H.W. Bush’s presidential campaign. He later was appointed by President Bush to work at the U.S. Department of Agriculture for an assistant secretary. Richard thought his career was right on track and going exactly according to plan…

Our Lord had a far better option for Richard’s life provided he would just slow down enough to listen to the still, small voice whispering in his ear. He began to take steps in the right direction when he and his wife Elizabeth started volunteering to work with middle school and high school students at their church. They had front row seats to witness first-hand how Jesus was changing hearts and minds and were humbled to be a part of the impact the Lord was having in the lives of these young people. When the father of one of the teenage boys in the youth group committed suicide, Richard was the first one to show up on this young man’s door step. Richard walked with young Mike through the valley of the shadow of death, and became a trusted mentor and surrogate father, and pointed Mike to Christ for healing, wholeness, and hope.

Slowly but surely it began to dawn on Richard that he was making a difference and having more of an impact working with these students “one on one” than he was having while working for the President of the United States. The spiritual path was far more transformational than the secular (temporal) one and it was very rewarding. This paradigm shift came to a head when the Bush administration ended on January 20, 1993. Instead of cashing in on his political career and using his political connections to advance, Richard prayed about what the Lord wanted him to do with his life, and where he should go. As a result, he only applied for one job, working at a Christian Life Center in Clearwater, Florida, for less than half the salary he was making in Washington DC. There was no doubt in his mind that this was where God wanted him to be, and when the job offer came through, it was a huge confirmation. So, with excitement in following the Lord, Richard and Elizabeth packed their bags and their two little girls and moved to Clearwater.

But as anyone who follows the Lord into fulltime ministry understands, now came the hard part: the fiery trial and testing began with a vengeance. Richard became even more of a workaholic than he was in Washington and it nearly cost him his marriage. He rationalized that all this hard work was “for the Lord” so it must be okay.

The Lord would have to break Richard and humble him in order to qualify him for true, authentic ministry, but with Richard this was no small task. Richard was convinced he was right about practically everything, he was prideful, and self-reliant. He thought he had a great marriage because he won every argument. And he was sure they could have an even better marriage if Elizabeth would just “get with the program” and do what he wanted and see things from his point of view.

The first clue Richard had that his marriage was in deep trouble came when he and his wife were teaching a marriage class at the church in Clearwater. Richard believed if they taught Gary Smalley’s “Love is a Decision” class, this might help Elizabeth become a better wife. In one session, couples were asked to rate their marriage on a scale of 1-10. Richard rated it a 9.5. Elizabeth gave their marriage a 2. Richard tried to correct his wife explaining that 10 was the HIGH score, and 1 was the LOW score. Elizabeth responded “I know…”

Alarm bells loudly went off in Richard’s head when he realized that they, the teachers of the marriage class, were in trouble in their own marriage!

To make matters worse, Richard grabbed a legal pad and started writing down a long list of marital suggestions he had for his wife. He explained to Elizabeth that if she would start doing the things on his list, she could improve her marriage score card. This strategy completely backfired, and Elizabeth ended up telling Richard if things did not change and soon, she wanted a divorce.

“This was the defining moment of my life, and it scared me to death,” says Richard. He sadly wondered what would happen to their two infant daughters if they divorced. Always the hardhead, he was also very frustrated with his wife and blamed her for breaking up their marriage. However, instead of getting defensive like he always did before, he decided to try something different. He prayed and asked God to shape and mold him into the kind of husband a wife would never want to leave. And that was the turning point.

Fortunately for Richard and Elizabeth, their family, and many thousands of other couples, they dodged the divorce bullet. Today, Richard is embarrassed to admit how clueless he was during this rough season in their marriage. “What I did not realize back then was I was slowly crushing the spirit of my wife,” he said. The fiery trial that almost burned Richard and Elizabeth’s marriage to the ground was transformed by the Lord, and became a relentless spiritual fire that burns within this couple to strengthen marriages and families in Florida and across the nation.

Richard finally fulfilled his goal as a five-year-old to become President, but it wasn’t President of the United States. He became President of Live the Life Ministries when he and Elizabeth founded it in the back of their townhouse in 1998. Their mission was to strengthen marriages and families and, with the blessing of the Lord, they have done just that. As Richard and Elizabeth see it, every couple has issues and problems in their marriage. On this journey, Live the Life has lasted more than two decades. Along the way they discovered something completely unexpected: Most couples just don’t know HOW to be married; they have never been taught the communication and conflict resolution skills so critical to a life- long marriage.

There is nothing like hearing from someone who has been there and done that. The story of Richard and Elizabeth Albertson fits the mold of being a difference maker and accomplishing extraordinary things for the Lord. They answered the call from Jesus Christ to use their experience, gifts, and skills to save marriages, even those which were shattered by serious problems such as adultery, addictions etc. The question is how many more Richard and Elizabeths are out there who simply need to pray and be obedient to God and start using their experiences and gifts to build God’s kingdom.

If you are struggling in your marriage, or know someone who is, contact Live the Life today. If you aren’t being called to start your own ministry, then perhaps you might be interested in praying for theirs. Please join with Live the Life by circling their specific prayer request again and again: That the Florida divorce rate would be cut in half within 10 years so that more children will grow up in safe, happy, and healthy homes. And as with any ministry your gifts would be greatly appreciated and are sure to be put to good use, or perhaps you could volunteer some of your time.

Pray for them, donate, volunteer, or start your own ministry using the platform that God has afforded you.
God Bless You.

If you like this story, please share it with others. If you know of another difference maker, then please let us know so we can highlight their successes, too.