Unplanned – What she saw changed everything

1 year ago | Entertainment, Latest, Life, Save Our Children

The Jesus Alliance recently previewed UNPLANNED: THE TRUE STORY OF ABBY JOHNSON — in theaters nationwide March 29, 2019.  It is the dramatic account of a former Planned Parenthood superstar. Johnson was one of their greatest allies as the youngest director of a clinic in the nation, until she walked out after assisting in an abortion of a 13-week-old fetus.

Johnson worked for the abortion industry for eight years and was awarded the 2008 Employee of the Year at Planned Parenthood. She became a national headline when she walked out and even though Planned Parenthood tried to silence her, no court found their arguments credible.

The Official Trailer! Now Releasing Internationally. Streaming & DVD release available in the U.S. at SeeUnplanned.com. Unplanned is the inspiring true story of one woman’s journey of transformation.All Abby Johnson ever wanted to do was help women. As one of the youngest Planned Parenthood clinic directors in the nation, she was involved in upwards of 22,000 abortions and counseled countless women about their reproductive choices. Until the day she saw something that changed everything.

“I thought I was helping women,” said Abby Johnson, founder and director of And Then There Were None,  the only group in the country that helps abortion workers exit the industry and find them new jobs. “But I was doing more harm than good. It wasn’t until I saw a child fight for its life that my world came crashing down and I understood the enormity of my actions. I had to leave. No one will be able to walk away after seeing this movie and say ‘I didn’t know.'” 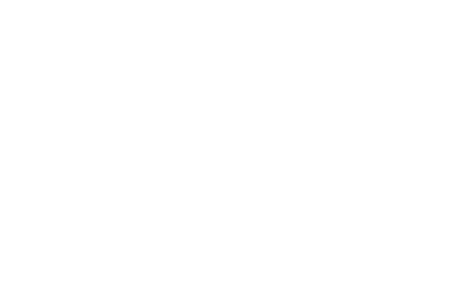 During her time as director of Planned Parenthood in Bryan, Texas, Johnson facilitated over 22,000 abortions. Since leaving, she has helped nearly 500 former abortion workers, including seven doctors, leave their jobs and find fulfilling careers outside of the abortion industry.

Actress Ashley Bratcher was nearly aborted by her own mother, which she didn’t find out until filming began. “I was born for this role,” said Bratcher.

Written, produced and directed by Cary Solomon and Chuck Konzelman, (GOD’S NOT DEAD, GOD’S NOT DEAD 2, DO YOU BELIEVE) and produced by Daryl Lefever (I CAN ONLY IMAGINE), UNPLANNED puts the story of the Abby Johnson, the most prominent defector from the abortion industry, on the big screen at a time when the life issue is hanging in the balance amidst a divided political landscape.

“This is the most important movie anyone will ever see on the most controversial issue of our time,” said Solomon and Konzelman. “When UNPLANNED comes to theaters, this movie will make abortion unpopular.”

With nearly one million abortions that take place each year in the United States, and public opinion evenly split on the topic, UNPLANNED shows what life is like on both sides of the fence.

During the March for Life Vigil Mass at the Basilica of the Immaculate Conception in Washington, Archbishop Joseph F. Naumann of Kansas City and the head of the U.S. Bishops Committee on Pro-Life Activities, gave the film a rousing endorsement during his homily, “If you see one film this year, see UNPLANNED … I warn you, UNPLANNED is graphic, it’s painful, but at the same time, inspiring …”

For more information on UNPLANNED or to buy out a theater near you, visit www.unplanned.com.

The Most Important Question about Abortion